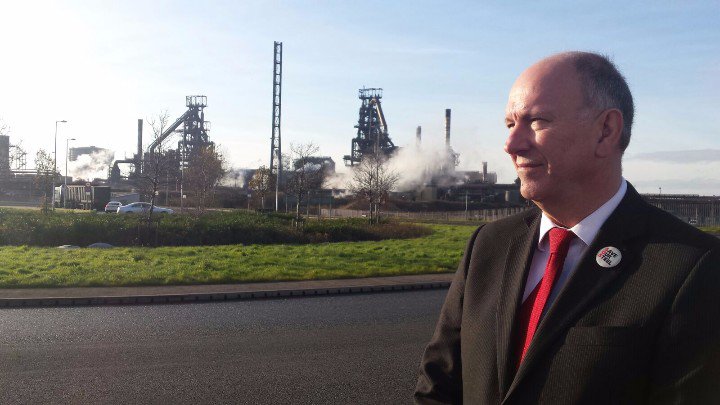 “This is a devastating blow to the workforce, their families and the wider community. It leaves steelworkers in great uncertainty as they await more details of any job losses in Wales and particularly at its largest works in Port Talbot. The steelworks is the beating heart of our community and any job losses will be felt deeply across Aberavon and the wider region.

It is very disappointing that the statement issued by Tata Steel today contains so little detail. They refer to an ‘estimated reduction in employee numbers of up to 3,000 across Tata Steel Europe’s operations, about two-thirds of which are expected to be office-based (‘white collar’) roles’ but they provide absolutely no information about where the focus of those job losses will be. Will they be in the Netherlands or the UK? And if they are to be in the UK what will that mean for South Wales and our Port Talbot steelworks? Tata Steel should remember that these are real people with families to look after, they are not just numbers on a spreadsheet.

The other key question is whether Tata Steel will be honouring the commitment it made to the workforce as part of the package which lead to the divesting of the pension fund. That commitment was that there would not be any compulsory redundancies in the coming years and we call upon them to deliver on their agreement with the trade unions. The workforce has given continued commitment to Tata and Tata must now confirm to its employees that their dedication and hard work will not be ignored or discarded.

The UK Government must also take its share of the blame. The British steel industry is not currently able to compete on a level-playing field because of the UK Conservative Government’s complete and utter failure to support the steel industry.

“For instance, UK steelmakers currently face the highest energy costs in Europe; double the costs paid by French companies and 50% more than the Germans. Yet the government refuses to act on these crippling energy costs.

“They’ve also refused to engage constructively on a sector deal for steel despite the industry, unions and MPs stressing repeatedly that such a deal is urgently needed. They have also failed to hold any meetings of the Steel Council over the last 18 months thereby ignoring the threats to our steel industry.

“Steel is a very much a 21st century industry. It is the backbone of the UK economy, providing materials for household goods, the automotive sector and vitally important UK infrastructure projects. But instead of supporting the steel industry to thrive, the UK Government has failed to back the industry and has left them trying to compete with one hand tied behind their back.

Stephen Kinnock says: “It’s high time that the UK government started to show the same level of commitment to the steel industry as the workforce have done over the last few years. In reality, what that really means is that we need a change of Westminster government so that Aberavon, and Wales more widely, can receive the level of investment that our communities deserves.”

David Rees AM adds: “The Welsh Labour Government has always stood up for the steel industry and for steel workers across Wales. We saw this in 2016 when the threat to sell Port Talbot was announced and since then to support our steelworkers in re-establishing a sustainable, competitive business.  We have always been there for our steelworkers and we always will be.”

“This latest announcement is a blow to that workforce and I urge the Welsh Government to meet with Tata with a call to protect the jobs of Welsh steelworkers.”

Mr Rees added “A strong Welsh economy needs a strong steel sector with a highly skilled workforce to ensure we are competitive in the global market.”