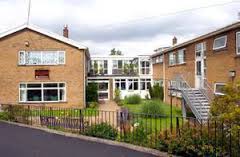 Last Friday Neath Port Talbot County Borough Council released details of a cabinet report that will go before cabinet on the 29th July. The report includes a recommendation by officers to open a consultation on the closure of Arwelfa Residential care home in Croeserw could result in local authority provided care coming to an end in the Afan Valley. In 2010, when the local authority consulted on transferring its residential care services to the then Gwalia Group, it was clearly stated that a new residential home would be established in the upper Afan Valley to replace Arwelfa. This resulted in a contractual agreement starting in April 2012 which included consideration of a new residential care home to be located in the upper Afan Valley. This proposal will reverse that position and take away opportunities for residents in the upper Afan Valley to enjoy life in their latter years within the communities they have been raised in.

If the report is accepted by the council then a consultation will commence and it is important that everyone in the Afan Valley is encouraged to submit their views on the future of residential care for the residents of the Afan Valley.

David Rees AM said; “Many people who have moved into residential care do so because of their need for the support such homes offer and want to be close to both the community in which they were raised and their family and friends. The current proposal will remove one such opportunity for residents of the Afan Valley to do just that. I will be asking for more details on the evidence being used as arguments to support this proposal and in particular what facilities will be available to the people of the Afan Valley who wish to live in their communities in their latter years.”

Cllr Scott Jones added; “I am extremely disappointed with this recent joint announcement by NPTCBC and Gwalia Group.  A clear public commitment was made in 2010 that four new care homes would replace the then eight care homes within NPT.  This promise is clearly not being honoured. The reason now being used to close Arwelfa Residential Care Home is one I cannot and will not accept.

Councils across Wales have been made aware of projected trends where people are living longer and a future demand for people living independently within their own home.  However, these projected figures were researched prior to the commitment of the four new care homes.

The downturn in figures of people living within care homes in the future as a result of more living independently in their own homes had already been taken into account prior to the announcement of the four new care homes hence the reason of the Afan Valley new care home being a twenty bed care home compered to its current thirty bed care home.

I don’t believe that this proposed consultation is long enough to capture the whole picture and will be requesting for this to be extended.  I urge our communities of the Afan Valley and beyond to take part in this consultation and oppose such ridiculous proposals.”