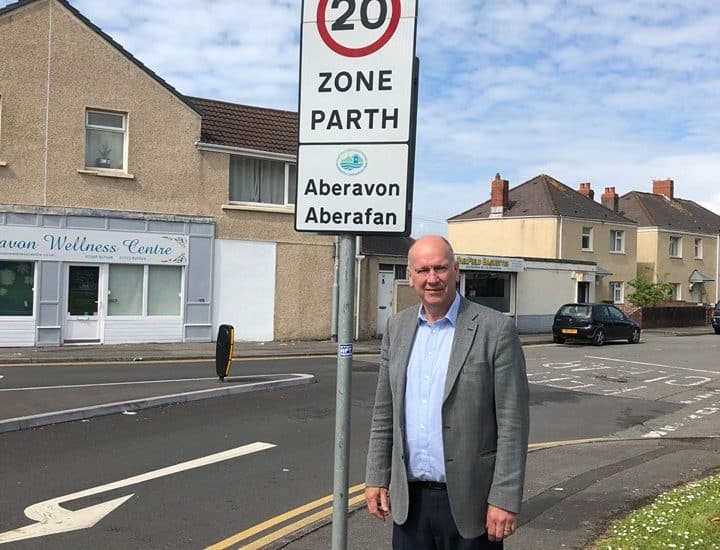 Local Aberavon Assembly Member David Rees has welcomed comments from the First Minister, that speed limits of 20mph could be introduced in all residential areas in Wales.

The announcement builds on the hundreds of millions already invested by the Welsh Labour Government, to provide 20mph zones in many parts of Wales.

“The Welsh Government believe that 20 mph should be the default speed limit for residential areas. The Deputy Minister for Economy and Transport, together with the Welsh Local Government Association, is taking forward work to identify the practical actions needed to implement 20 mph speed limits in residential areas across Wales”

David Rees AM said: “Twenty miles per hour zones make a real difference in our communities, they reduce air pollution and make our streets safer, especially for our children. 20mph zones also encourage active travel, making people more confident to cycle and walk rather than jump in the car, particularly for short journeys.”