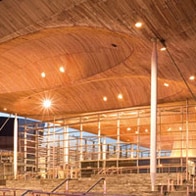 David Rees, AM for Aberavon, and Mike Hedges, AM for Swansea East, are calling for action from David Cameron after seeing new and explosive legal advice from one of the country’s top QCs on European Law which exposes the ‘real and serious risk’ that the trade deal known as TTIP poses to the NHS.

The legal advice, seen by both, from Michael Bowsher QC, one of the UK’s top lawyers shows a ‘real and serious risk’ to future governments wishing to take the NHS back into public hands. TTIP also gives investors new legal rights to sue the UK government on other NHS matters going beyond current laws. The advice strongly recommends the government excludes the NHS from TTIP. The government repeatedly refused to allow the public to see the legal advice that they have received on the risk TTIP poses to the NHS

The ‘Transatlantic Trade and Investment Partnership’ trade deal is being negotiated behind closed doors, between EU bureaucrats and delegates from the United States. It is the largest bilateral trade deal ever negotiated and threatens to make the on-going privatisation of the NHS irreversible. TTIP could grant American multinationals, or any firm with American investors, the power to sue the government if it ever attempted to take privatised health services back into public ownership.

Mike Hedges said: “The legal advice is clear.  TTIP poses a real and serious threat to our NHS. David Rees and myself will be writing to David Cameron to demand that our NHS is clearly excluded from the EU trade deal TTIP in light of this damning analysis. If David Cameron is serious about standing up for Britain, then he should demand action that protects the NHS from the EU trade deal called TTIP. “

David Rees added “At a time when David Cameron was travelling all over Europe to get a deal on EU reform that could appease his backbenchers, he should have been fighting to get action on protecting both our NHS from TTIP and our Steel Industry from cheap imports. We will be calling on Mr Cameron not to waste any more time and get to work protecting our services.”

The legal advice from Michael Bowsher QC, shows that;