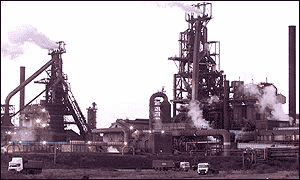 There are strong rumours that TATA will tomorrow announce the suspension of the sale of its UK steel assets. Aberavon has expressed deep concern about the implications of this decision.

David said: “It appears that TATA will announce tomorrow the suspension of the sales process after their board meeting in Mumbai. This creates greater uncertainty for the workforce in Port Talbot, following from the implications of the decision of the British people to seek an exit from the EU in the referendum. It is at times such as now that we need greater certainty for our future, not more uncertainty. If it TATA’s wish to no longer sell the business, then that statement should be made loud and clear. It should further be accompanied by a statement on future investment in UK steel to demonstrate their commitment to the industry and to the workforce in Wales.”

“The workforce in Port Talbot and other plants across Wales have continued to demonstrate their commitment. In so doing, they have hit high production levels. This, along with changes in the market, including higher steel prices, is resulting in the works moving into profitability. It’s time that TATA recognised this and gave the much needed assurances to the workforce through either its commitment to the future of steel in Port Talbot & the UK or its full effort to selling the business (which is clearly a viable business) to a buyer who will continue making steel with the blast furnaces.”

“It is time for TATA to act as responsible employers and support their employees and the communities in and around Port Talbot by clarifying their plans for the future of steel which gives certainty for all.”