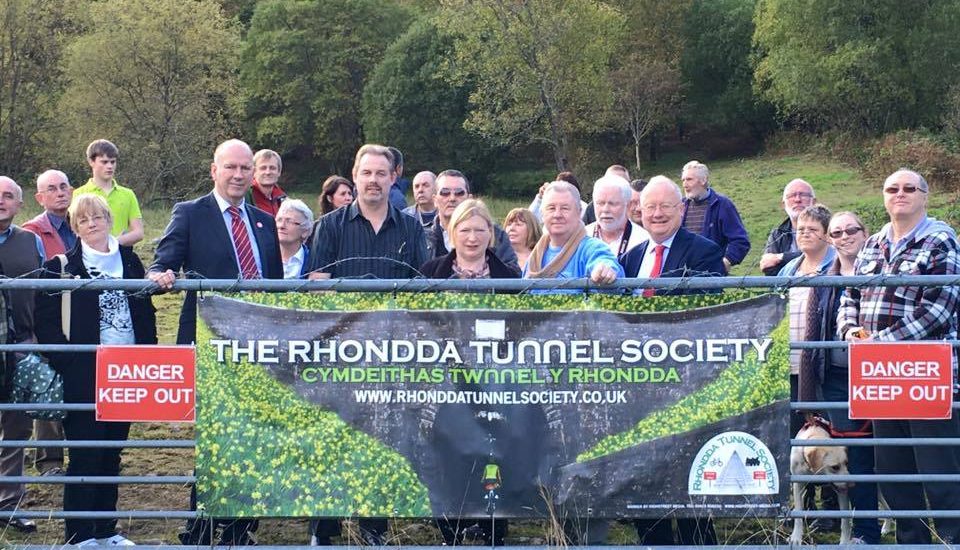 David Rees, AM for Aberavon, was pleased to join Leighton Andrews, Assembly Member for Rhondda, and Edwina Hart, Minister for Economy, Science and Transport, to meet members of the Rhondda Tunnel Society for a visit to the tunnel site on Monday.

After meeting members and supporters at the Hendrewen Hotel in Blaencwm, the group went to the Rhondda portal of the tunnel to see the area for themselves before engaging in discussions on the feasibility study and the project’s future prospects.

The campaign to re-open the tunnel took a major step forward over the summer after a three-day inspection… found the 125-year structure was in a generally good condition.

The next big milestone for the project will be to excavate the Blaencwm portal to allow access to the tunnel but prior to that further surveys have to take place.

David said: “The re-opening of the tunnel between Blaengwynfi and Blaencwm will allow local communities and businesses to build upon the existing tourism and cycling opportunities in both the Afan Valley and the Rhondda valley. This exciting project has the backing from local people and I have asked the Minister if the Welsh Government can further support the early surveys on the tunnel to allow the society to be in a position of seeking permission to excavate the Blaencwm portal. I am pleased that Mrs Hart was very supportive of this request and hopefully we can continue moving forward on the project.”