David Rees AM backs votes for 16 and 17 year olds 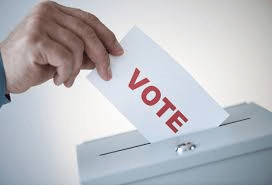 Last week David Rees, Assembly Member for Aberavon, joined Welsh Labour colleagues in supporting the lowering of the voting age to 16, in elections to the National Assembly.

The proposals will mean that in the next elections to the Senedd, in 2021, the franchise will be extended.

David Rees AM said: “I am delighted that 16 and 17 year olds in Aberavon, and across Wales, will have a say on who represents them in the Senedd. Welsh Labour have been campaigning for a long time to enable young people to have a real say in their nation and its future. They have shown a great maturity on many important issues to people and it is time that they have a vote on the direction they wish to see Wales take.”

It is not the final stage in the passage of the bill through the assembly and there are still key stages to get through, but last week’s votes were a major part of the process to delivering on this change.

Assembly Members also voted to give foreign nationals who are residing legally in Wales the right to vote in assembly elections. Many people have come to Wales to work, live and become part of local communities. The bill recognises their commitment to life in Wales and ensures that they are able to vote for who they want to represent their interests at the National Assembly.